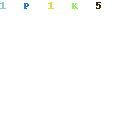 Ever wondered that speaking the truth can violate the law? Yet, this is the stand of Food and Drug Administration, commonly known as FDA, which states that when it approves a drug, its other uses are banned to be promoted by the manufacturer even if those statements are the truth. FDA’s authority to regulate off-label promotional speech has been called into question through the case of United States vs Caronia.

What is Off-Label Promotion?

Off-label promotion means when a company wishes to promote a drug or medical device for a use which is not yet approved by the FDA. Drug manufacturers in order to increase sale, push doctors to prescribe the medicine for some off-label uses which have been clinically tested and proven. Conflict arises between government power and safeguards provided by First Amendment due to FDA’S regulation.

FDA and the First Amendment

People must be able to speak what they wish to and raise their voice is rightly recognized by the first amendment. Although doctors can prescribe off-label uses of any drug as they are not answerable to FDA directly but, what is good for health may not be constitutional. FDA rather than suppressing promotional speech can directly regulate off-label uses if it wishes to restrict them in some way. The question arises, if it is safe and clinically tested to use the drug for purposes other than prescribed, why then the FDA restrict them to be known to general public. The answer remains equivocal even after cases like Central Hudson v. Pub.Serv.Comm’n of N.Y and Sorrell v. IMS Health Inc.

The FDA states that the companies cannot be prosecuted simply for discussing their drug’s off-label use instead they can be for the sale of same. Truthful and non-misleading information about the off-label use is protected by the First Amendment.

Statements made by one who seeks to generate sales and earn maximum profit through the health of general public must not go public before going through proper scrutiny of the appropriate authority.

What Is Personal Guarantee Commercial Lease & How Can You Get Out of One?

Pregnancy and Workplace: Do You Have to Notify Your Employer AboutYour Pregnancy?

Can a Foreigner who is not a Citizen Buy a House or Real Estate in the US?

After Suffering an Injury: How can an Experienced Personal Injury Lawyer help?

Insurance Options to Cover Liabilities of Accidents and Injuries

This site uses Akismet to reduce spam. Learn how your comment data is processed.

Postnups Could Save Your Marriage – 9 Points to Consider while...

What Is Personal Guarantee Commercial Lease & How Can You Get...

3 Ways To Withhold Rent From Landlord Without Getting Evicted

ABOUT US
EzyLegalTips brings you access to latest legal news and information in the United States. Both legal professionals and consumers can find answers, help and read latest news in the articles on this website. Legal articles are written by lawyers discussing aspects of 200 law practices related to industries, businesses and individuals in the US.
FOLLOW US
© Copyright 2019 EzyLegalTips. All Rights Reserved.
MORE STORIES